skip to main | skip to sidebar

Also, we can say that when the problem of choice arises, the consumer ranks all such combinations of the same 2 goods at the same level.

Drawing the above table on a graph would give the following curve, Which we call indifference curve. 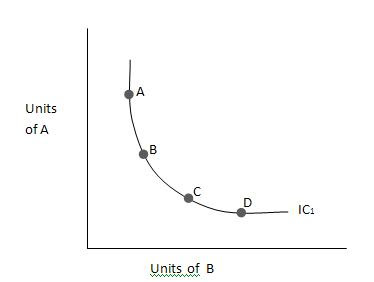 · Kindly remember when we talk about indifference curve, we are concerned with utility(satisfaction) only, not price.

**An important point to remember is that the use of an indifference curve does not try to put a physical measure onto how much utility a person receives.

A different world cannot be built by indifferent people. See the link below for more info.